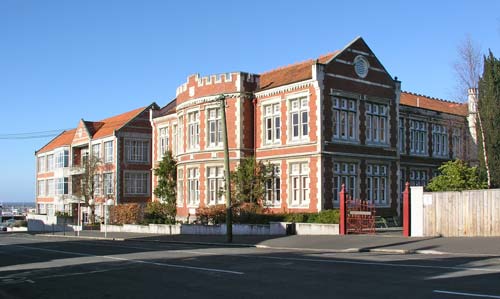 Otago Girls’ High School in Dunedin is the oldest girls’ high school in the southern hemisphere and an example of the value Scots placed on education for all young people. When Otago Boys’ High School opened in 1863, the idea of a companion girls’ school was mooted. The cause was taken up by Learmonth White Dalrymple, the eldest child of a Scottish immigrant family. She won the support of influential men such as the superintendent of Otago Province, James Macandrew, and members of the provincial council. After the school opened in 1871, it rapidly developed a reputation for academic excellence.