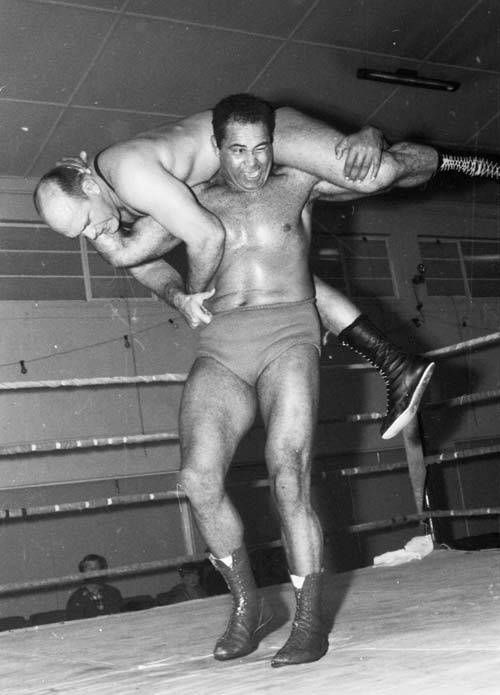 Wrestler John da Silva (standing) ran a professional wrestling organisation – the Central Wrestling Association – in the 1960s and 1970s. Da Silva was an amateur wrestler between 1953 and 1958, after which he turned professional. Here, South African wrestler Willem Hall is coming off the worst in a bout between the two held in Nelson in 1969.