Restrictions on liquor consumption by Māori 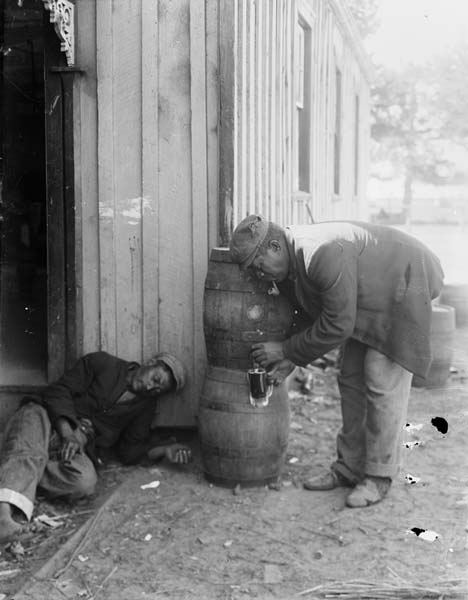 This photograph from the early 1900s seemingly captures two Māori men: one pulling a pint from a barrel and other rather worse for wear, presumably through too many visits to the barrel. In fact this scene was posed and was intended to demonstrate the negative effects liquor was having on Māori society, as perceived by Pākehā.

Māori access to liquor was restricted by law to a greater extent than the rest of the population. From 1895 Māori women could not legally buy liquor unless married to a European man, and Māori men in most parts of the North Island could not buy takeaway liquor from 1904. While many Māori people were strongly opposed to liquor, these legal restrictions were also the result of somewhat paternalistic attitudes on the part of temperance campaigners and parliamentarians. Legal restrictions pertaining to Māori were removed in 1948.