Last of the huskies 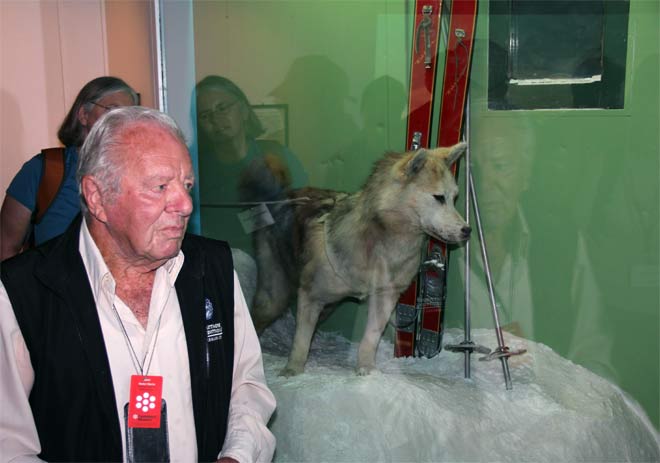 The last of the Scott Base huskies left Antarctica in 1987. Originally from Greenland, the dogs had been a welcome addition to the small human community at the base, where they were fed on seal meat and mutton. They were used to pull sledges, and when travelling could cover almost 50 kilometres a day, living on pemmican (a dried meat). In an only partly successful attempt to stop inbreeding some dogs were moved from one base to another. They were replaced by motorised toboggans in the 1960s, and under a 1972 convention seals became a protected species, so killing them for dog food was no longer possible. The husky shown here was a favourite of  Baden Norris, Canterbury Museum's Emeritus Curator (Antarctic), who spent some time in the Antarctic. When the dog died, he was stuffed and sent to the museum to represent the dogs' role in the exploration of Antarctica.

Inking the pens of the meteorological instruments