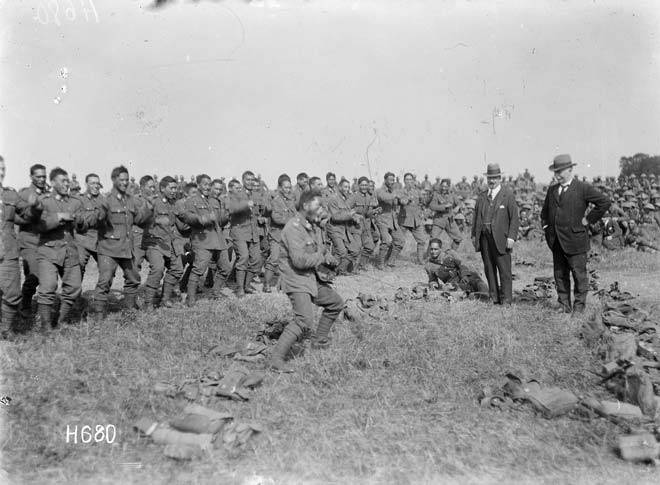 Members of the Māori (Pioneer) Battalion perform a haka for visiting New Zealand Prime Minister William Massey and Deputy Prime Minister Joseph Ward in Bois-de-Warnimont, France, on 30 June 1918. After Gallipoli the Māori Contingent, along with Māori and Pacific Island reinforcements, was re-formed as a pioneer battalion. Initially it was amalgamated with the remnants of the Otago Mounted Rifles, but in August 1917 a separate Māori (Pioneer) Battalion was established.