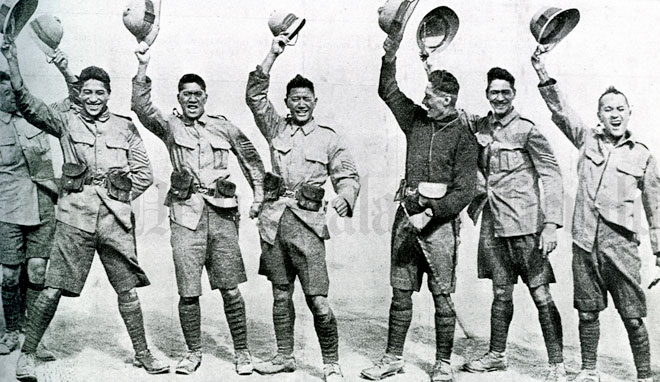 These soldiers of the Māori Contingent appear in high spirits in this photo taken in Egypt in early 1915. After a few weeks in Egypt the contingent was sent to Malta for garrison duties, while the remaining New Zealand soldiers went to Gallipoli. The heavy casualties at Anzac Cove meant that any idea of the Māori Contingent being kept out of the fighting was soon abandoned. They landed at Gallipoli on 2 July 1915.