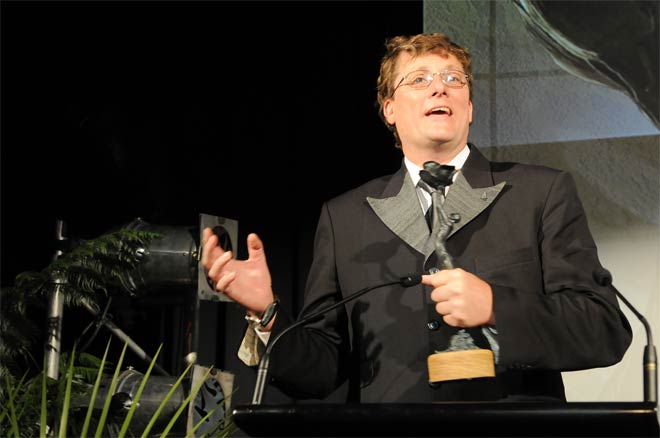 While New Zealanders have sometimes been resentful of achievement – as though excellence or superiority in a particular field somehow represented a rebuff to ideas of equality – this offshoot of the country’s egalitarian values has been increasingly challenged, with pride being taken in individual accomplishments (in the arts, science and business, as well as in athletics and sports). Pride in New Zealand’s film industry – in director Peter Jackson’s efforts, in particular – is one example of the decline in New Zealanders’ suspicion of excellence (termed the ‘tall poppy syndrome’). Richard Taylor, co-founder of Wellington-based special effects company Weta Workshops, designed a special award – a ‘tall poppy’ statue – for winners of the World Class New Zealand Awards. These awards were introduced in 2003 to recognise outstanding individuals who had made major contributions to New Zealand’s success internationally. Taylor himself won one of these awards and statues in 2009.

It seems as though New

It seems as though New Zealand's Tall Poppy Syndrome is still live and well. Academic research from Waikato published only this month shows that over 70% of today's students may fear cyber-bullying attacks from Tall Poppy Syndrome and this fear results in an average reduction in performance of almost 20% over what the students are capable of: http://srl.to/u5e2dNha The research also says that: some educational institutions and unions may even act to prevent investigation into Cyberbullying cases when they perceive a cultural justification through Crab Mentality showing that this problem is deeply embedded in New Zealand's culture and is passed on from generation to generation through the actions of senior members of New Zealand's education system.