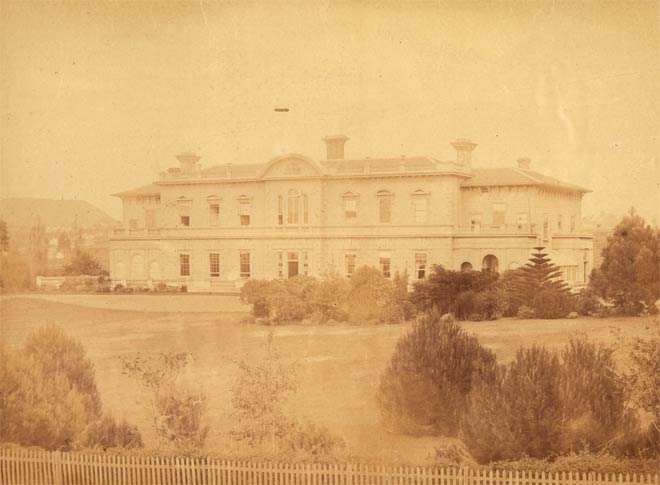 From 1840 to 1854 New Zealand was a Crown colony, ruled by a governor appointed by the British government. His seat of power was Government House in Auckland, the country's capital at that time. The first Government House was a one-storey prefabricated building shipped from Britain and assembled on site. This burned down in 1848, and the stately residence in this photograph was built to replace it in 1852. Designed in a neoclassical style by the first superintendent of public works, William Mason, it was made from kauri wood, but fashioned to look like stone. It was the first 'great house' built in New Zealand, and was modelled on the large country houses of Britain, which had reception and service rooms downstairs and bedrooms and dressing rooms upstairs. Wellington became the capital of New Zealand in 1865 and a new Government House was built there. Meanwhile, in 1969, this house became the University of Auckland staff club, and remained so in the 2000s – a tangible link to Auckland's brief time as New Zealand's capital.