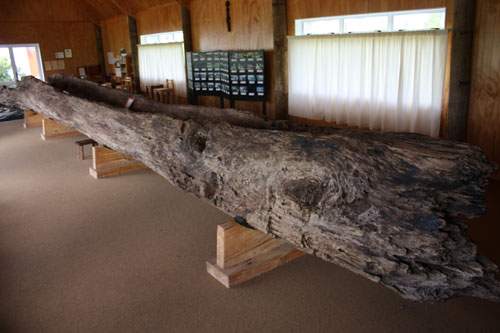 Rivers were a major transport route for early Māori, who travelled along them by waka (canoe). This unfinished waka, called Te Waonui o Tāne, was discovered buried under River Run quarry in Ōtorohanga near the Waipā River. Quarry owner Brian Withers found it when he was clearing topsoil in 2002. The Department of Conservation and the Historic Places Trust oversaw the waka's excavation and treatment. It was estimated to be between 150 and 200 years old.

Te Waonui o Tāne is the only waka to have been found at its construction site in New Zealand. The tree roots are still visible at one end. It was evidently abandoned where it was made and gradually buried over time as the river flooded. The waka is kept in a purpose-built house at Ōtorohanga Museum.