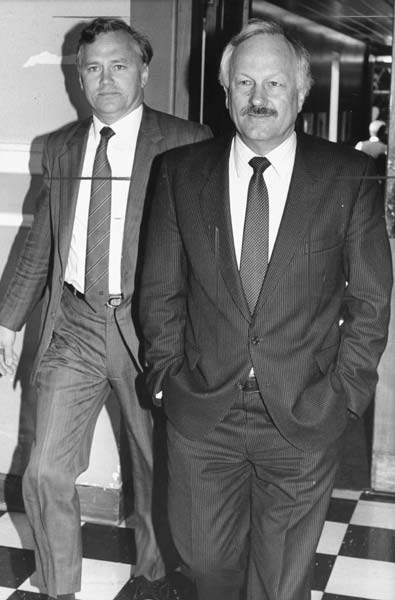 Former Labour Finance Minister Roger Douglas (right) and Richard Prebble (left), one of his supporters, make their way to a caucus meeting in December 1988 at which a ballot on the party leadership was to be held. The ideological rift between Prime Minister David Lange and Douglas was well known by this time, and both Douglas and Prebble had been dismissed from their ministerial positions but continued to undermine the leadership from outside cabinet.