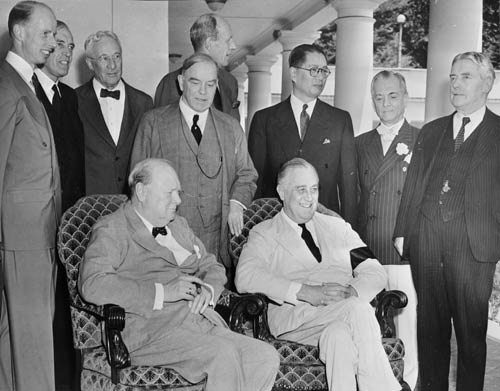 An array of Allied foreign ministers gather at the White House in Washington, DC, United States, for a 1942 meeting of the Pacific War Council. Seated in front are British Prime Minister Winston Churchill (left) and US President Franklin D. Roosevelt. Behind them stand representatives of the Netherlands, Australia, Canada, Britain, China and the Philippines, together with Walter Nash (far right), New Zealand's minister to the United States. During his term as minister, Nash advocated the formation of a United Nations as a world peace council that would succeed war councils such as this one.