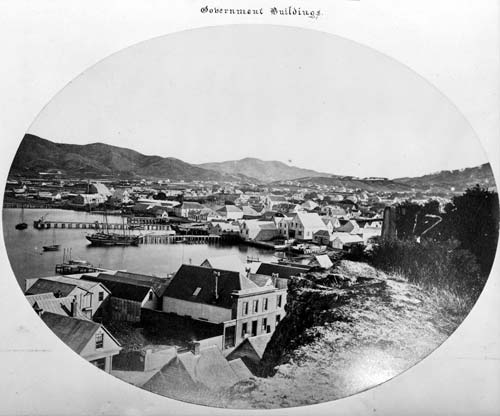 Wellington had fewer than 5,000 residents when it became the New Zealand capital in 1865. Pictured the following year, the town had a busy and accessible waterfront, which, though much changed, remains an attractive feature of the city in the early 2000s.