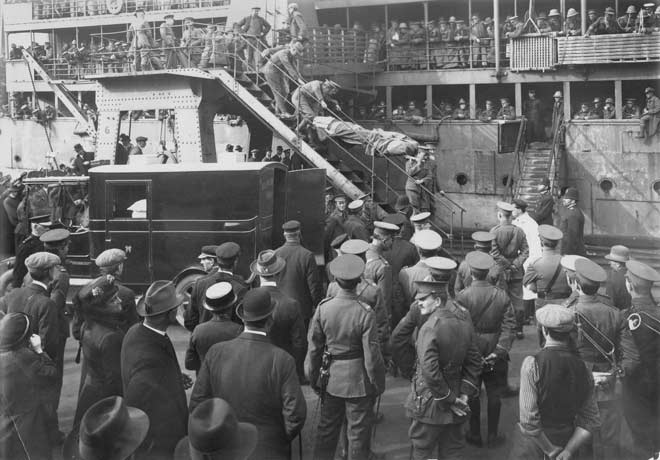 More than 41,000 New Zealand soldiers were wounded in the First World War. There were many scenes such as this when men were carried or hobbled ashore. Countless ex-soldiers continued to suffer the effects of their service, both from physical injury and shell-shock (post-traumatic stress disorder), for the rest of their lives. The return of visibly wounded men also had a depressing effect upon the civilian population at home. It brought the realities of war home to New Zealand.