Protests against the NZSIS Amendment Bill 1977: picketing Parliament (1st of 2) 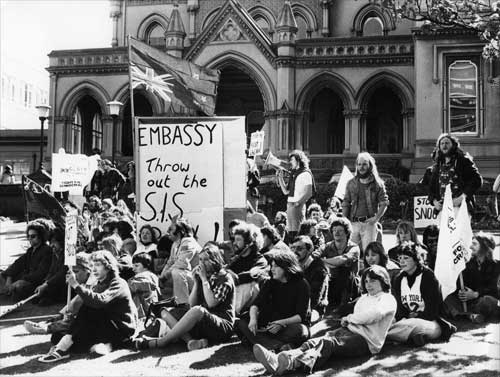 The New Zealand Security Intelligence Service Amendment Bill 1977 aimed to expand the SIS's powers to intercept private communications. The bill attracted large-scale protests during its passage through Parliament, including this protest ‘embassy’ in Parliament grounds. As well as picketing Parliament, protesters targeted the SIS headquarters in Taranaki Street, Wellington.