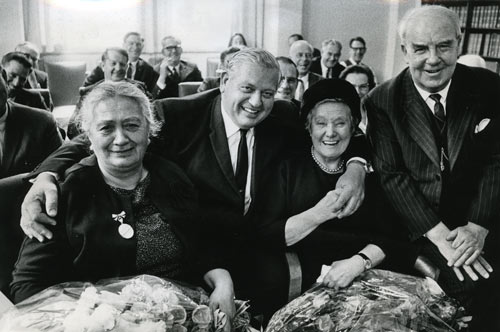 This 1969 photo shows Labour leader Norman Kirk, then leader of the opposition, embracing two veteran women MPs, Iriaka Rātana (left) and Mabel Howard (right). Both women, and their colleague Robert McFarlane (far right) were retiring after long Parliamentary careers. Rātana became the first Māori woman MP after winning the seat of Western Māori in 1949. Howard first entered Parliament as MP for Christchurch East in 1943. She later served as minister of health and in other cabinet posts.