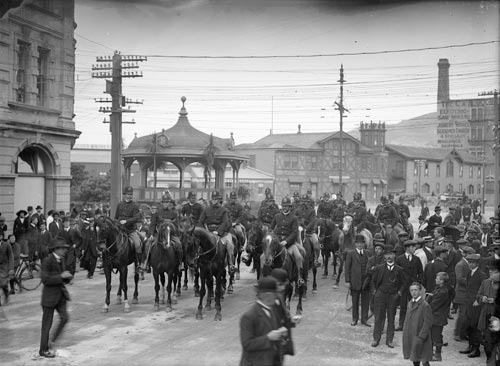 Uniformed mounted police block a street leading to Wellington’s waterfront during the nationwide wave of strikes in late 1913. These police had running street fights with large groups of strikers, and they were publicly criticised for not acting with enough force. Hundreds of ‘special constables’ (volunteer temporary police), many from farming districts, were recruited to help the regular police restore order. However, their provocative actions sometimes created further discord.