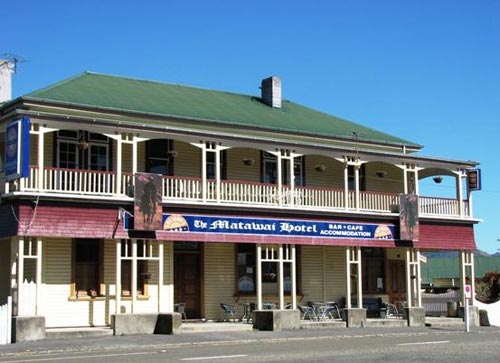 The building that housed the Matawai Hotel in the 2000s was originally located at Motu, where it had been built on the site of an existing hotel in 1914, when a coach road to the Bay of Plenty opened. The hotel was shifted to Matawai in 1934, two years after a new road was opened through the Waioeka gorge to Ōpōtiki.