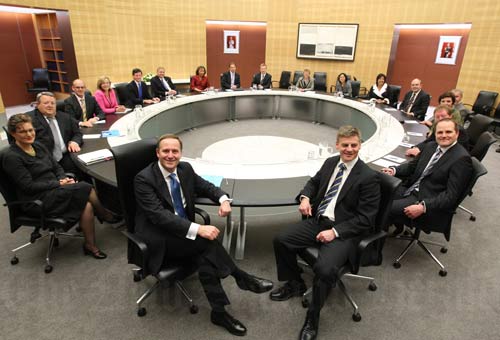 Cabinet grew in size over the 20th century as New Zealand assumed responsibilities formerly exercised by Britain, and as the scope of government activities increased. By the time that Prime Minister John Key (left foreground) held his first cabinet meeting on 18 November 2008, it numbered over 20, including ministers outside cabinet from both the National Party and other parties with confidence-and-supply agreements with the government.