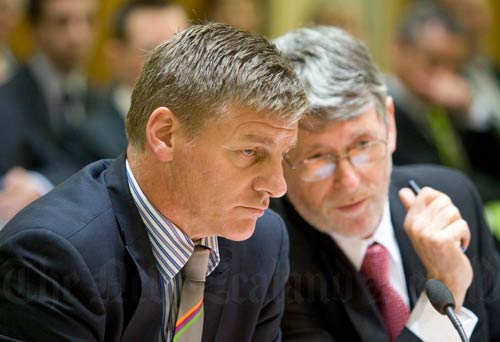 Treasury is one of the most influential public service agencies, advising the government on finance and economic policy. Here the secretary (the highest official) of Treasury, John Whitehead (right), advises Finance Minister Bill English during a hearing of the finance and expenditure select committee at Parliament in February 2011. At this hearing Mr English said state-owned power companies were earning excessive returns and should be made more commercially competitive.