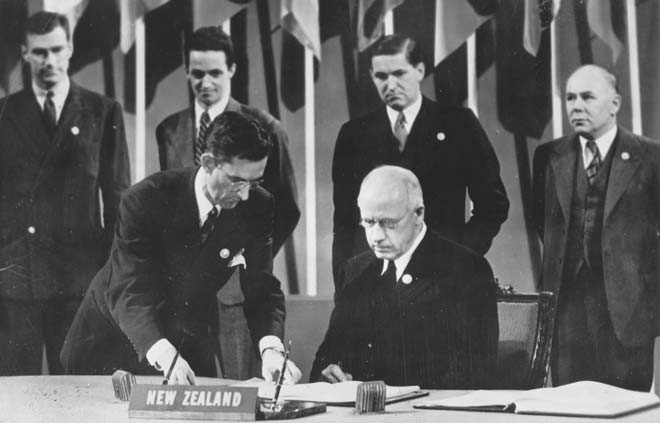 The United Nations was set up in 1945 to provide a forum where countries might settle differences before they led to war. It was seen as one way that erstwhile wartime allies – Britain, the United States and the Soviet Union – might work cooperatively to shape the world after the Second World War. Here New Zealand Prime Minister Peter Fraser (seated) prepares to sign the United Nations Charter on 26 June 1945. Fraser thought it had defects but the alternative of no agreement was far worse.