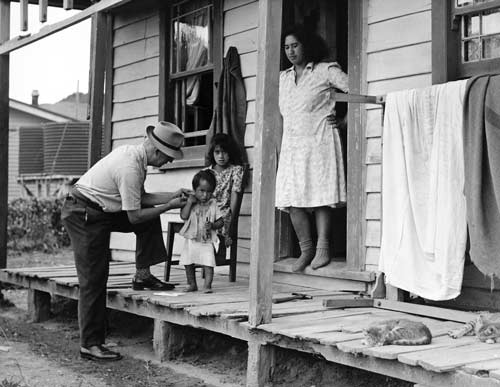 In the 19th century, the introduction of new diseases to which Māori had no immunity led to a massive decline in the Māori population. This, combined with significant land loss, set the scene for poor Māori health into the 21st century. Dr Williams of Whangaroa, in Northland, is checking the health of a Māori family in 1950. Māori health was starting to improve by then, but a series of reports published from the late 1950s highlighted the significant gap which still existed between Māori and non-Māori. This gap remained in the 2000s.