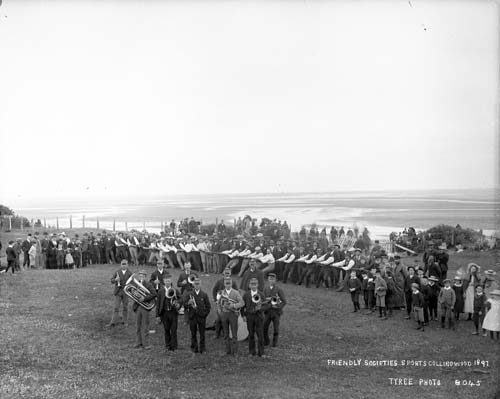 This scene at a sports gathering organised by the friendly societies in Collingwood in 1897 was typical of the many community gatherings that the societies organised in towns and settlements throughout New Zealand around the turn of the 20th century. In the foreground is the Tākaka citizens band, while behind them men are engaging in a tug-of-war.