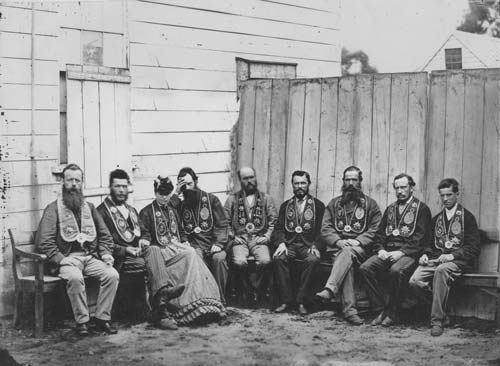 Another temperance order was the Independent Order of Good Templars, which was established in New York state in 1852. The first lodge in New Zealand was set up at Invercargill in 1872, and the Templars spread quickly to provincial centres. These members were probably in Whanganui, about 1873. As can be seen, the Templars included women among their members from the beginning.