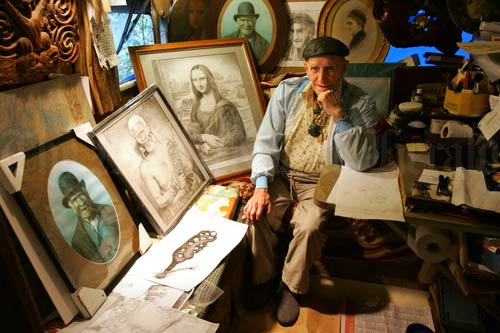 Karl Sim was arrested in 1985 for art forgery after he copied and sold paintings and drawings, passing them off as the work of artists such as Charles F. Goldie, Frances Hodgkins, Rita Angus and Colin McCahon. Sim was convicted and fined $1,000. He changed his name by deed poll after the court case, to Carl Feodor Goldie, so that he could legally sign his paintings C. F. Goldie – but he no longer sold them as originals.