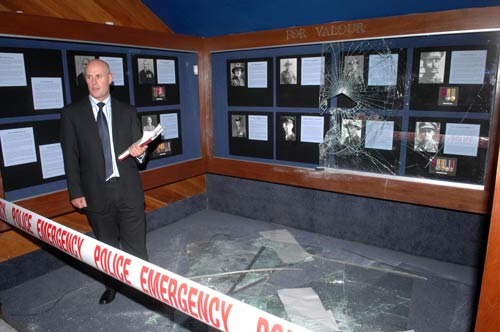 Detective Senior Sergeant Chris Bensemann surveys the scene of a burglary at the Waiōuru Army Museum. Four days earlier, on 2 December 2007, 96 medals, including two George crosses, an Albert medal and nine Victoria crosses, were taken from smashed locked display cabinets. The medals were returned in February 2008 in exchange for a ransom. Two men were later charged with burglary and in 2009 and 2010 received six-year jail terms for the crime.