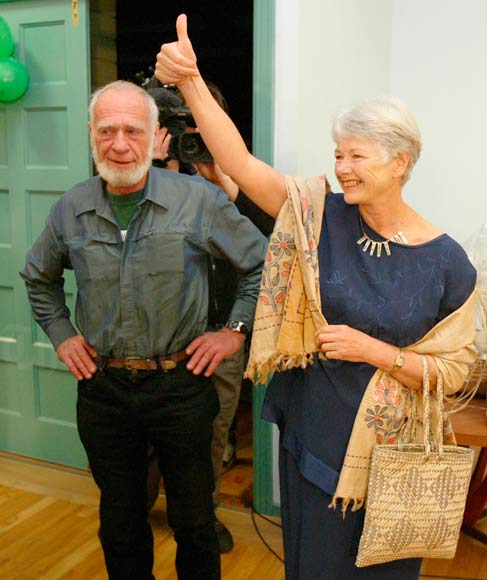 Co-leader Jeanette Fitzsimons, with husband Harry Parkes, arrives at the Green Party’s office in Thames on election night 2005 after it had become clear that the Greens had reached the 5% threshold, entitling them to representation in Parliament. Fitzsimons was the Green Party candidate for the Coromandel seat, which she had narrowly won in 1999 but lost in 2002. In 2020 it remains the only electorate the Green Party has ever won.