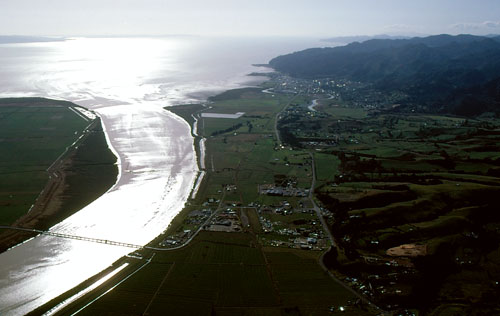 The Waihou River rises on the Volcanic Plateau between Rotorua and Putaruru, 128 km from its mouth just south of Thames. Before European colonisation there were many Māori settlements on the river’s banks, utilising the many resources of the area. Lieutenant James Cook named the river for the River Thames in England, but while the name survived for the gulf (Firth of Thames), town and valley, it did not for the river. The lower Waihou, pictured here, was prone to flooding until substantial river-control works were carried out in the later 20th century.