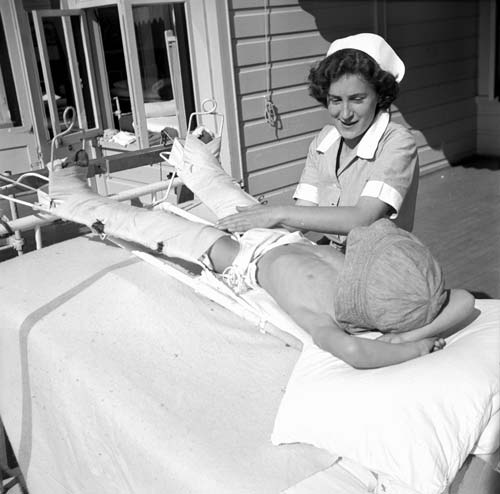 Poliomyelitis (polio) was one of the most significant child and youth diseases of the first half of the 20th century. Effective vaccines were developed in the 1940s and 1950s, which eliminated polio in New Zealand. This child is being treated by a nurse at the Wilson Home for Crippled Children in Takapuna, Auckland.