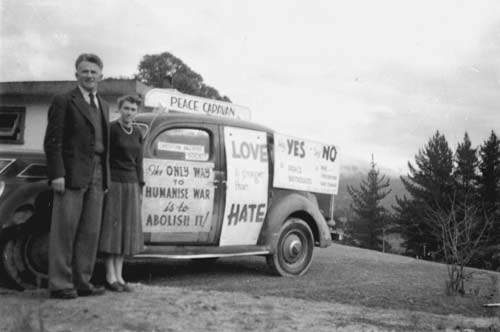 Archibald Barrington and Merle Hyland stand beside their 'peace caravan', a mobile anti-war billboard, in the early 1950s. Barrington, a Methodist lay preacher, was a founder of the Christian Pacifist Society and a conscientious objector during the Second World War. In 1947 he and his family moved to the Riverside pacifist community in Motueka. Barrington and companions such as Hyland toured the South Island three times in the 1950s with their peace caravan.