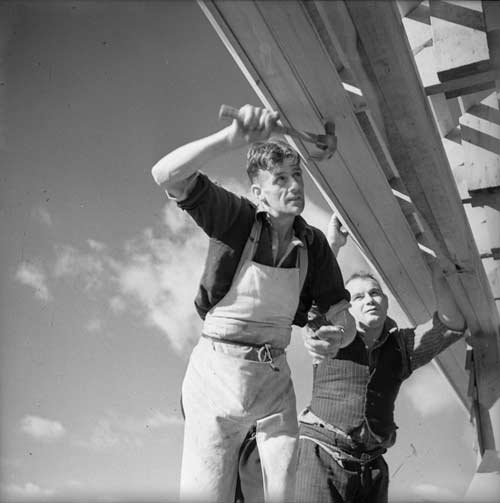 These carpenters are building flats for munitions workers at Woburn, Lower Hutt, during the Second World War. About a quarter of men at that time were skilled manual workers such as these.