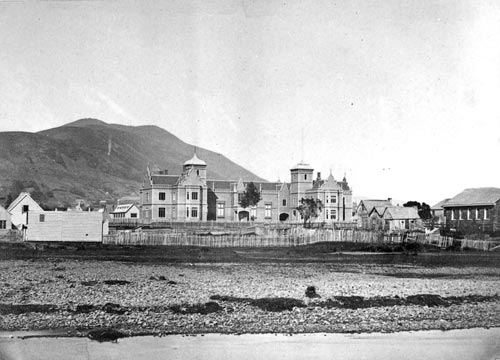 The Nelson Provincial Council operated from 1853 until 1876, and this fine wooden building was erected to house the council in 1861. In the late 1960s the government, which had owned the building since the abolition of the provinces, decided to knock it down as it was afflicted by borer, and by both wet and dry rot. A group lobbied to save the building. The cost of refurbishment was estimated as $150,000 in 1968 ($2.7 million in 2020 terms). The government told the city council that it would need to stump up most of the cost. This sealed the building’s fate, and it was demolished in 1969. While a huge loss, this raised the profile of other heritage buildings, many of which were refurbished rather than demolished from the mid-1970s.