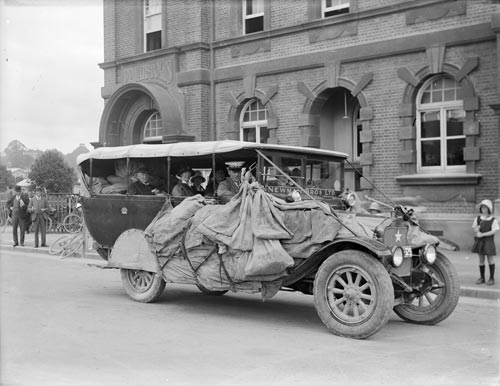 A Newman Brothers service car in Nelson is draped with postal bags. The cars had a distinctive star on the front and the driver wore a cap. Newman Brothers started out as a coaching firm in 1879. Horse-drawn coaches co-existed with service cars from 1912 to 1918, when the last Newmans coach made the journey from Murchison to Glenhope. Service cars were the mainstay of the Newmans fleet until about 1930, when buses were introduced.