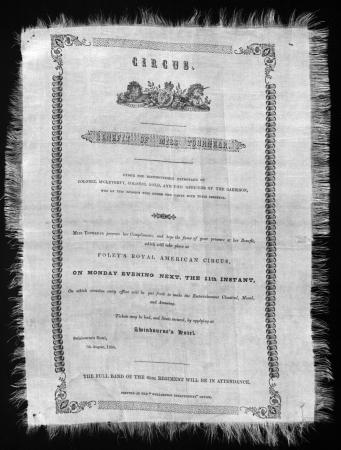 Actor and singer Mrs W. H. Foley performed to great acclaim throughout New Zealand from 1855 to 1867, first with her husband's circus but later with her own company. This advertisement promotes a performance by Foley's Royal American Circus, featuring Mrs W. H. Foley, on 7 August 1856.