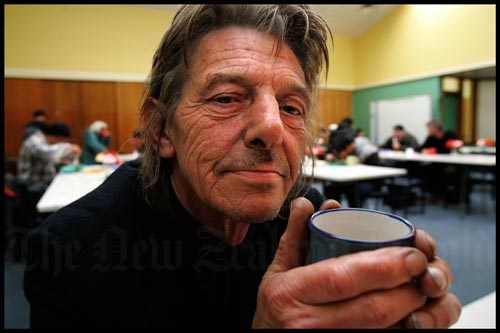 The Auckland Methodist Mission has provided social services to the poor and needy, regardless of their religion, since 1851. During the economic depression of the 1930s it provided meals for 3,000 unemployed people. In the 2000s the mission continued to feed and shelter many of the city's homeless, such as 60-year-old Jonathan Lord, shown here in 2004.