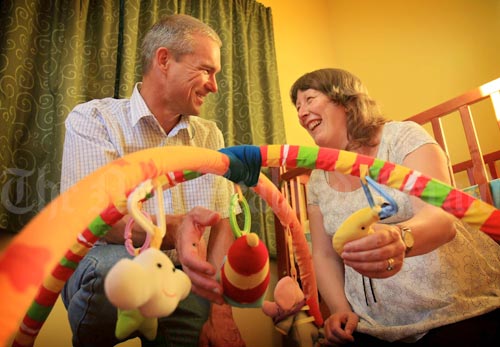 Infertile people are entitled to two cycles of publicly funded fertility treatment – they have to pay for any subsequent treatments. Hamilton couple Alastair and Samantha Fairweather are pictured in 2008, just prior to the birth of their twins. They went through two unsuccessful publicly funded treatments, but Samantha became pregnant after they paid for a third cycle themselves. Privately funded cycles typically cost between $11,000 and $13,000 in 2017, but they could be more depending on an individual’s or couple's particular circumstances.