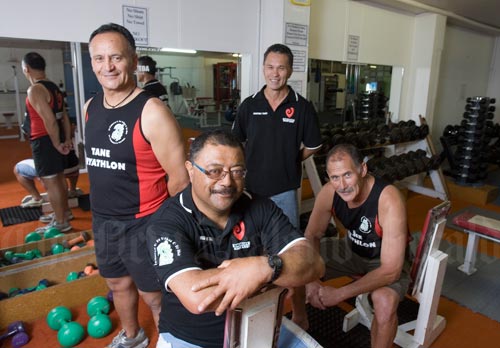 The 'Heart Bros', from left Manuera Riwai, Mak Parangi, Hepa Stephens and Rocky Manga, exercise in a Kaitāia gym in April 2009. The four Māori men, all with heart problems, were among 24 'bros' who had volunteered to be role models for other Māori men. They had their hearts checked regularly, exercised often, and changed their diet. In Northland at the time, the average age of death for Māori men was 64 – 14 years younger than for non-Māori men. Heart disease was the major killer.