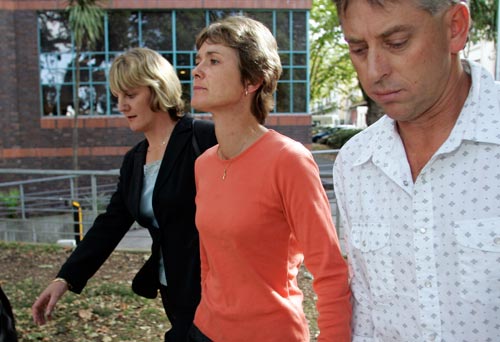 In 2006 Louise Nicholas, seen here leaving court after the verdict, took a case against three men for historical sex crimes. She accused two former police officers, Bob Schollum and Brad Shipton, and the then Assistant Police Commissioner, Clint Rickards, of raping and sexually abusing her in the 1980s. During the trial she had to relive her ordeal and endure intense media scrutiny. The men were found not guilty, but there was a public outcry when it was revealed that Schollum and Shipton were already serving sentences for gang rape. Subsequently Nicholas was named New Zealander of the Year by the New Zealand Herald in 2007, and became a survivor advocate for rape prevention education.