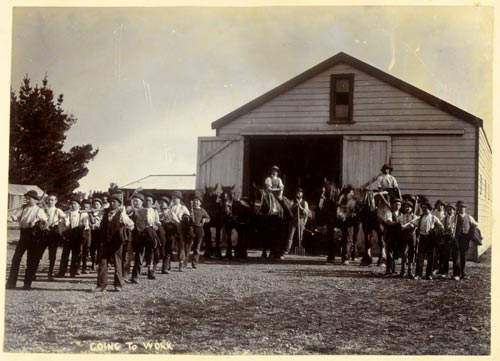 From the mid-19th century industrial and reformatory schools were set up to take in neglected and delinquent children. The two groups were supposed to be kept separate, but in reality were lumped together and treated similarly. This photograph shows a large group of boys at the Burnham Industrial School near Christchurch about 1874. In the background are male supervisors. They are setting off for a day's labour on the school farm.