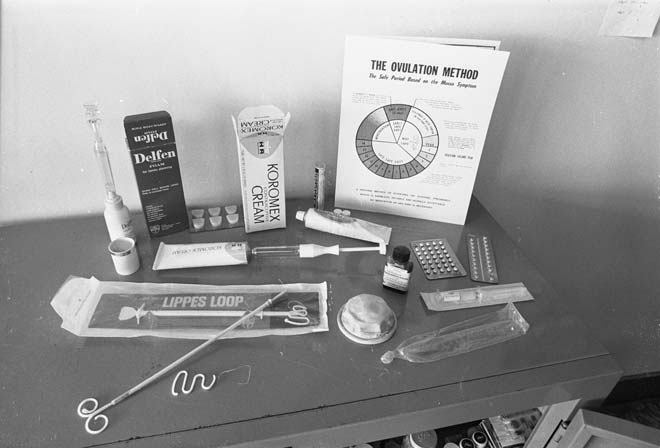 Though some couples were regularly using devices like condoms by the mid-20th century, it was not until 1961, when the contraceptive pill was legalised, that women gained real control over their fertility. This is a range of contraceptive devices available in the mid-1970s: contraceptive creams, the Depo-Provera injection, intrauterine devices (IUDs), a diaphragm and a condom. The chart at the back outlines the 'rhythm method' – a natural way of controlling fertility based on knowledge of personal ovulation cycles.