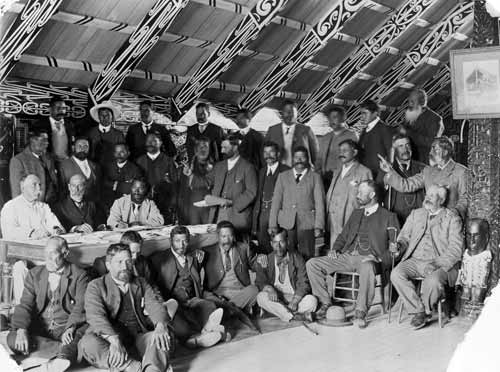 The Māori Land Court determines sometimes complex questions about the ownership of Māori land. This is land held under different sorts of title from most land. The court was first set up immediately after the wars over land in the 1860s, originally to ‘individualise’ Māori title and facilitate the selling of Māori land to Pākehā. It has played a sometimes controversial role in New Zealand life. This photograph, taken around 1900, is believed to show a land court sitting in Tamatekapua meeting house at Ōhinemutu, on the southern shoreline of Lake Rotorua.

First woman on a jury