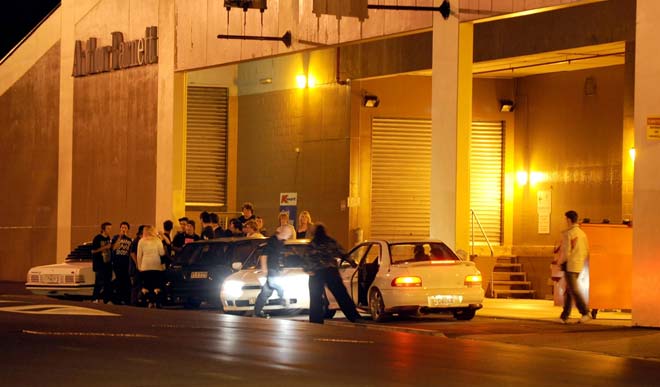 Bogans are a readily identifiable urban subculture in New Zealand. They wear clothes such as black jeans and band T-shirts. Some bogans sported mullet hairstyles (short at the front and long at the back), though these were less common in the 2000s. Powerful cars have also been a bogan accessory. These Dunedin boy racers in 2009 have adopted the bogan look, minus the mullet.