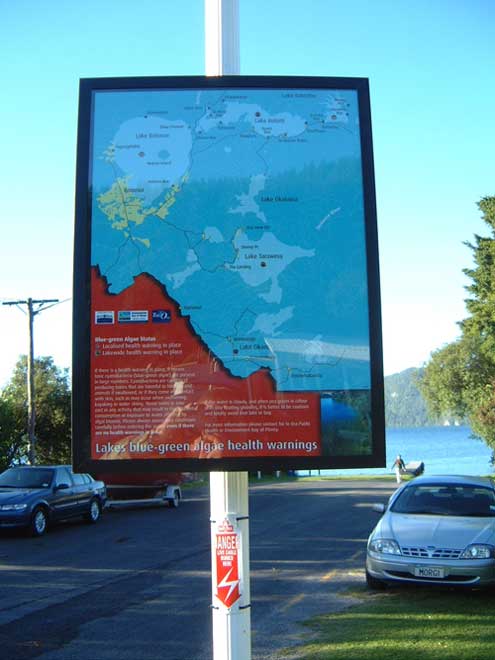 Lake Rotorua, in the central North Island, is part of a waterway system that includes Lake Rotoiti and the Kaituna River. The waterways suffer from high levels of nutrients – mostly because of fertiliser run-off from farms, but also from Rotorua’s sewage disposal system. In 1978 the government wanted to pump the city’s effluent directly into the Kaituna River, but this led to protests from local tribe Ngāti Pikiao. In 1984 the Waitangi Tribunal ruled in favour of Ngāti Pikiao and recommended that legislation be amended to include Māori spiritual and cultural values regarding waterways. The pipeline proposal was abandoned and a combined treatment plant and land-disposal option for Rotorua's effluent was put in place in 1990. However, high levels of nutrients are still entering the lake system, leading to algal blooms in summer.