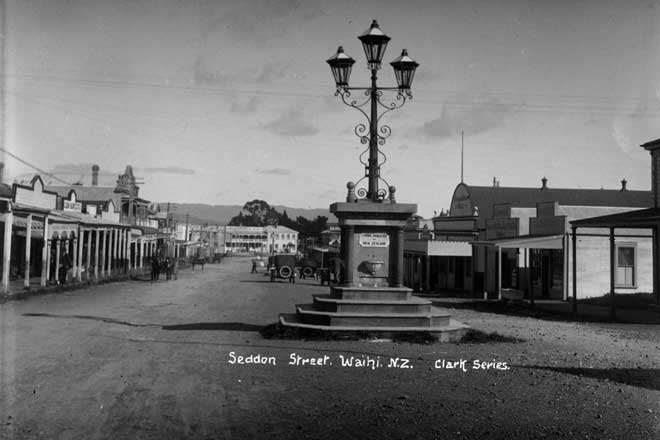 Public drinking fountains were common in early New Zealand towns. This one in Waihī around 1910 was a memorial fountain with gas lights above it, dedicated to former Prime Minister Richard John Seddon. Before town water supplies were established, public drinking fountains, often sourcing water from springs, provided water on tap. The earliest ones had heavy metal cups attached by a chain – but the public health risks of drinking from a common cup were soon realised and they were dispensed with.