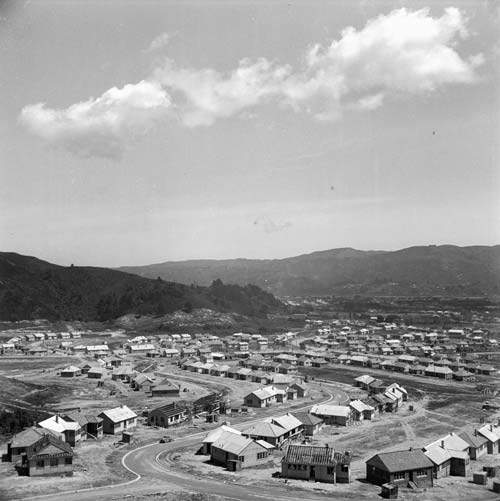 Even before the war had ended the state began to invest in housing to cope with the return of the men from overseas and to cater for the expected baby boom. These houses in Naenae in the Hutt Valley are being built in October 1944 as a large state housing project that involved the construction of some 1,100 houses and a community centre.