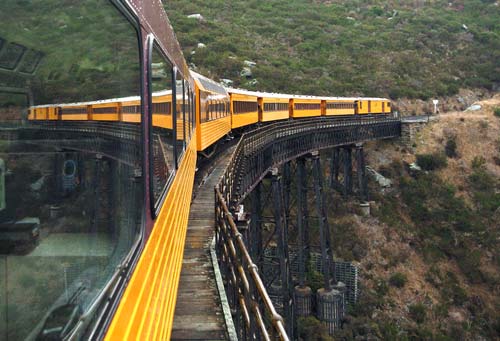 The Taieri Gorge railway was part of the Otago Central Railway, which ran from Dunedin to Cromwell. Work was begun on the line in 1879 to open up Central Otago to agricultural development and it was eventually completed in 1921. The Taieri Gorge section passed through difficult terrain and required 16 new bridges. When the Otago Central Railway was closed in 1990, the 60-kilometre section through the gorge was retained. In the 2000s it operated as a private railway, providing daily trips, largely for tourists.