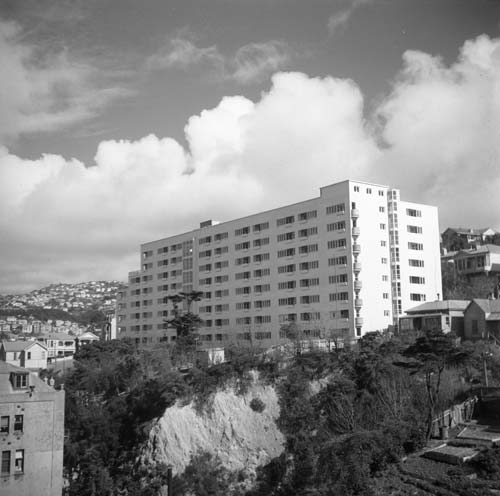 In the 1940s the government erected several blocks of state (publicly owned) flats in inner-city Auckland and Wellington for single people and childless couples. Designed in a modernist architectural style, they were used by the government as the face of future cities. Wellington’s Dixon Street Flats – shown here around 1943, shortly after they were completed – was the largest block, towering over the city until hidden by skyscrapers in the 1980s. Even in the 2000s the flats appeared strikingly modern.