Relationships: Barry and Maggie (6th of 6) 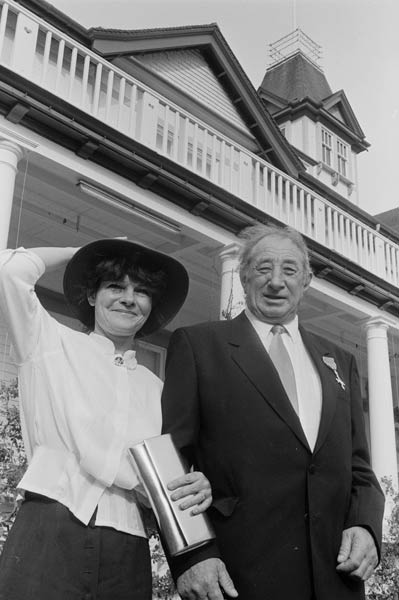 Barry met Margaret (Maggie) Nicholson in Auckland in 1993. They married that year. They are shown at Government House, Wellington, after Crump’s investiture as an MBE in 1994. The marriage lasted until Crump’s death in 1996.