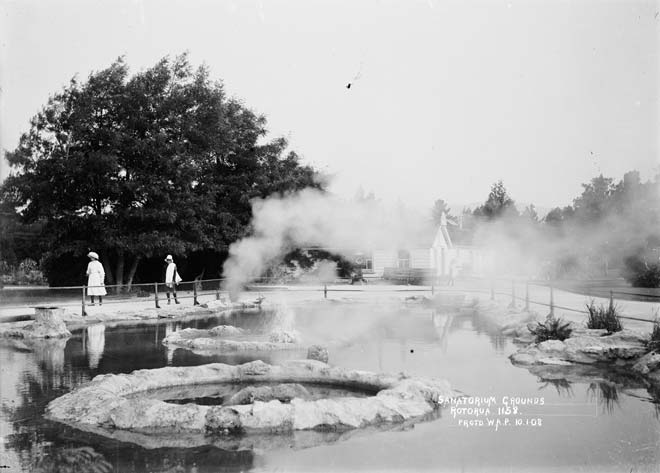 The Malfroy geyser, shown here between eruptions in a 1908 photo by William Price, is surrounded by hot pools in the grounds of Rotorua’s Government Sanatorium and Baths, also known as Government Garden. The geyser was named after Camille Malfroy, the government engineer at Rotorua, who found that he could manipulate the eruption of geysers by controlling flows of spring water.