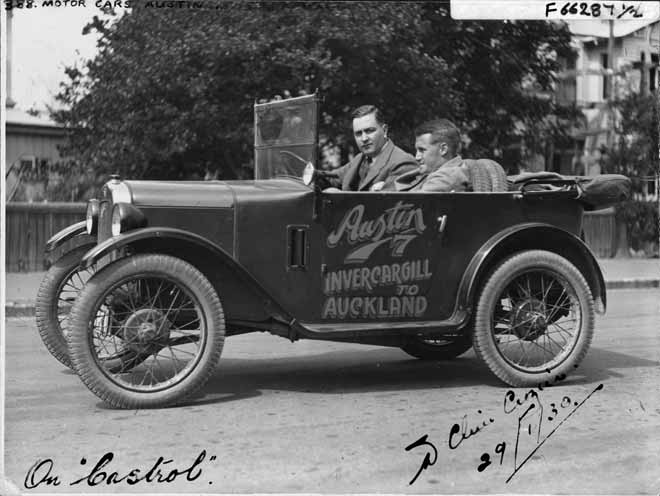 Austin agent Clive Crozier behind the wheel of an Austin 7 car during a 1930 reliability trial in which he drove from Invercargill to Auckland, using Castrol products. Reliability trials and long-distance proving runs were widely reported in the media, and were used to advertise design improvements. Agents often took their cars on back-country roads – an Austin was even driven to the top of Rangitoto as a publicity stunt.

Eric Pawson, 'Cars and the motor industry - Sources of cars', Te Ara - the Encyclopedia of New Zealand, http://www.TeAra.govt.nz/en/photograph/22836/reliability-trials (accessed 9 May 2021)