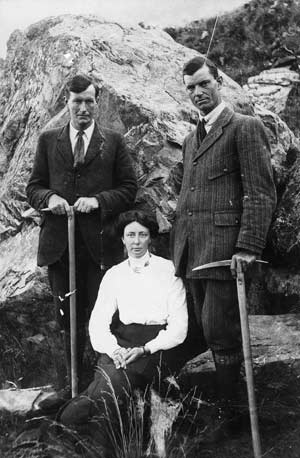 Mountaineering was initially a sport of the privileged. They included foreigners who used local guides. One notable woman climber was the Australian Freda du Faur, who in 1910 became the first woman to climb Mt Cook. She was guided on that trip by the brothers Alec (left) and Peter Graham.

Tramper on a swing bridge